From Chief Christopher Winters, and all the members of the Pine Hill Police Department, our thoughts and prayers go out to the family and friends of Officer Ashley Guindon, and all the members of  the Prince William County Police Department for their tragic loss.  Officer Guidon was shot and killed on February 27, 2016, one day after being sworn in, while investigating a domestic violence incident.

Two other officers, including her Field Training Officer, were hospitalized for gunshot wounds sustained during the same incident.  Officer Guidon is the 11th Officer killed by gunfire in 2016, and the 10th in February. 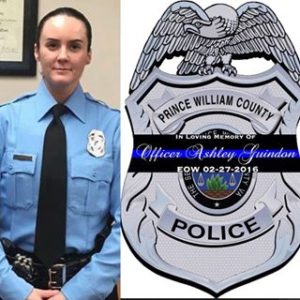