Both Officers were supported at the meeting by members of the Pine Hill Police Department and other present and retired law enforcement officers.  Officer Brennan was honored to have his Police Officer badge affixed by Retired Chief Reeve of the Washington Twp. Police Department and former Director of the Gloucester County Police Academy.  Sgt. Raynore
had the unique privilege of having his son, Officer Ron Raynore Jr. of the Nashville Metro Police Department affix his Sergeant badge.

Congratulations to both Officers, and please join us in welcoming Officer Brennan to the department. 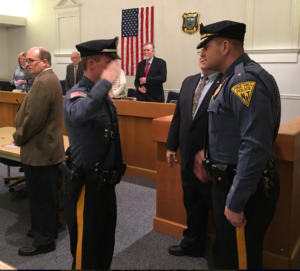 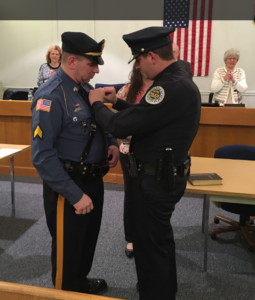